One of the best albums in the last 15 years (it’s MGMT, and it’s not what you think) 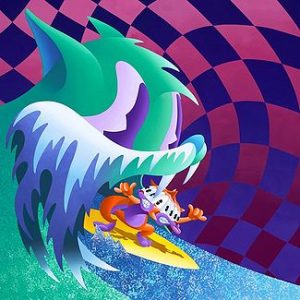 Many music fans who think of MGMT think of this,

and of course this

In the late 2007 – 2008 timeframe, MGMT’s “Oracular Spectacular” was one of THE albums.  I’m not going to bore you with a critique or a timeline, it’s easy enough to find elsewhere.   The album had drawn a fairly pop and alternative crowd.   It was stuff the cool kids new but so could your wife.   Lots of shoutouts to 70’s -80’s R&B and New Wave grooves.

Anyway, it was great stuff.  But I don’t think it was their best album.

And it was a flop, compared to “Oracular”

“Oracular” had enough modern Top 40ish sounds on it to attract a mainstream fanbase.

“Congratulations”, on the other hand,  was a shoutout to 1960’s Wall of Sound era music–think Beach Boys’ Pet Sounds, or the Beatles’ Abbey Road.  It was well though out, orchestrated and produced—but it wasn’t cool.

I guess I’m not cool.

Here is the album.

I’m not going to wax poetic on the album–maybe I should, I don’t remember enough critics hyping this one.  It could be this is musical nerd music. If so, those who love it are guilty as charged (count me in).

I’ve chosen a handful of songs here, I could listen to the album straight through, back to back for a week, but do that on your time, Let’s focus on a subset:

Track 1 – “It’s Working” – Drums kick in with a guitar riff that sounds REM like–but that’s not where this is going, it’s going for 60’s psychedelia with a hard charging beat.

Track 2 – “Song for Dan Tracey “ – zero in at the 25 second park and listen for the next 20 seconds,very retro—as are the background vocals later on with super double echo sounds.

Track 3 – “Someone’s Missing” – the first half of this song feels like I’m deep sea diving, everything is murky in the fish tank.  Then……rising action, and then you’re in a Motown groove—where did that come from????

Track 7 – “Brian Eno”—they named a friggin song and titled it Brian Eno.  It’s consistent with the rest of the songs in style, but that is a five star title

Track 9 – “Congratulations” – this is the closest you’ll find to a song belonging on “Oracular”.   It’s a well crafted, slow pop song, It’s also a great song for a wedding with a video montage if you know what I mean. If you don’t know what I’m talking about, it’s ok.

Track 6 – “Siberian Breaks”—this song is epic.  I’m a little compromised on this one because I’ve got a musical fetish for songs that are actually songs within a song.  Think McCartney’s “Band on the Run”, which is really three songs, or the last 9 songs of the Beatles “Abbey
Road”, which is really one song.  MGMT’s “Siberian Breaks” is a 12 minute song, but there isn’t any fat in it. You could argue it is really a song with 7 or 8 different songs within it and it’s amazing.   At one point, at the 6 minute mark, it looks like it’s going to drift and float away—and then it hits you at the 8:20 mark.

If we need to be specific here–first,  you need to listen to this whole song and 1) count how many songs or parts you think are in it and 2) zero in on that 6 minute mark and focus
on the next 140 seconds.   I hope this doesn’t spoil it for you, but music wins.

OK, I’m glad that’s out of my system, feels like a confessional.

To wrap up, I’m in a small minority here, but I think overall, this is MGMT’s best album and one of the best albums we’ve heard in the last 15 years.  Just don’t look for a big dance hit here and you’ll be ok.

I leave you with this: